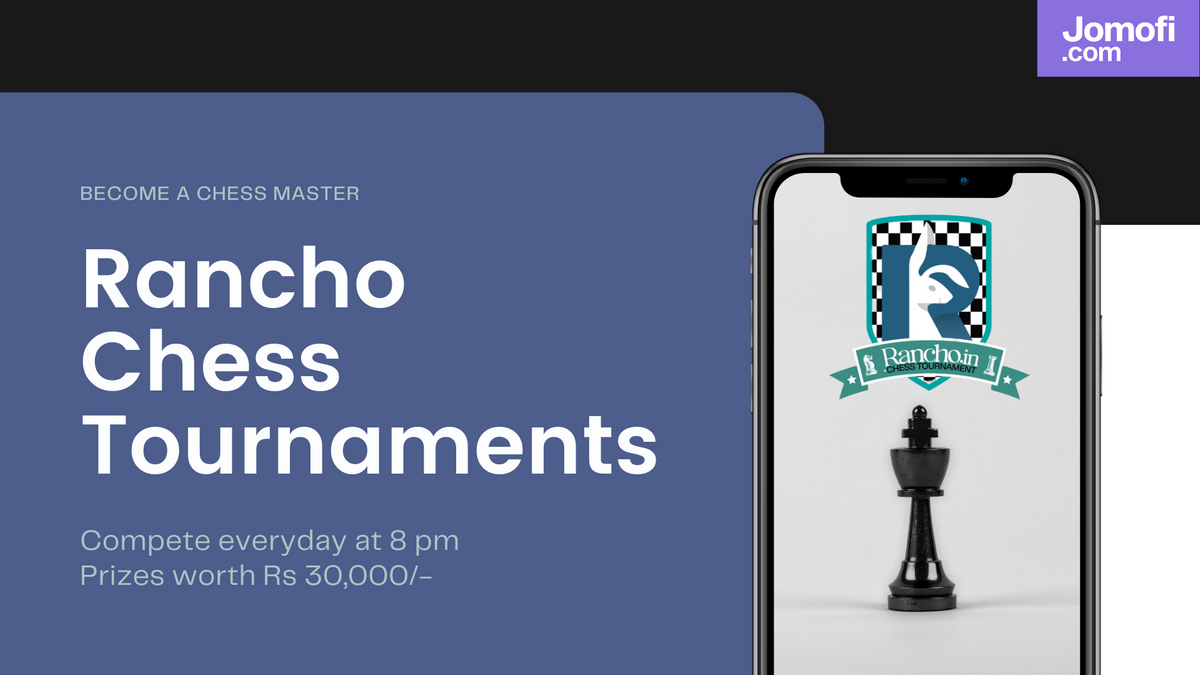 An intense tournament of 1 month, this is one of the many opportunities for Chess players to show their talents and skills.Mukesh Jha

Working from home in this lockdown posed so many challenges for all of us. Besides, Chess players lost their hope of participating in any official Chess tournaments because of social distancing concerns. So what do you think could have been done? Well, we collaborated with Rancho App, which is an online JEE preparation App (available on Google playstore), to conduct a month-long Rancho Chess tournament, in which players could play from their home.

This tournament turned into a very engaging and fun source of experience, players became almost addicted for 8 pm Chess. The tournament kicked off on 29th August, in which Rancho App had offered their subscription packages worth Rs 30,000 for the winners. It has been fun watching the players compete daily, also chatting all types of hilarious texts in the chatbox. Anyone will remember the fun nature of “Cheetali-17” who always keeps picking on someone in the chat. Chess5911(aka Gagan) and Moti Ram have been in the top 3 most of the time. Their gameplay can inspire to all the junior chess aspirants. Chess5911 has been a Chess Coach in a local Chess academy and won at the state levels, while Moti Ram has also played and won at the Punjab State Level.

This tournament is a mix of intense competition and lots of fun with community engagement. Often times, at the end moments, the virtual viewers can see a nail-biting situation. Such moments make this tournament more enjoyable. Many GMs and IMs have raided few matches of the tournament on random occasions. Thanks to Arya Shah for his awesome commentary in the live streaming of this tournament on youtube. (Arya Shah Youtube channel was recently raided by Tanmay Bhat and Samay Raina while he was streaming, you can see his epic reaction on his channel here). Also thanks to Vishal @beastchess for the early support in spreading about the event.

We can say one thing for sure, that during all these matches, lots of stories were created, real-life experiences shared, practice against real opponents whom even you don’t know personally, but now you identify them by their chess usernames. There’s a sense of Chess community being created, which has always been the mission of Jomofi.

Jomofi is an Esports platform for gamers, growing into a strong community of Esports enthusiasts in India.

Keeping in mind about the community, we have planned a Virtual Chess Meetup, where invited members will discuss their experiences in the tournament, general Chess anecdotes, some life stories, all in an Online Meetup hosted on Google Meet. Pro Chess players, popular Instagram chess creators, and participants of the Rancho Chess Tournament will be invited. More details about registration will be shared soon.